The discovery of gold in the colony New South Wales in 1851 prompted a surge of immigration among prospectors seeking wealth in the new colony. While the lands were resource rich, the colony lacked the facilities to monetise the gold and the process in sending the gold to London for monetisation was slow and expensive. To help resolve this, on the 19th of Dececmber 1851 the Legislative Council of New South Wales petitioned Queen Victoria to establish a branch of the Royal Mint at Sydney . This would allow gold found in Australia to be issued into full and half sovereigns without having to be transported from the colony. The gold sovereigns and half sovereigns issued by the Sydney mint from 1855 to 1870 were not intended to be legal tender and as such were given a uniquely Australian design with AUSTRALIA stamped across the middle and SYDNEY MINT across the top - this was to differentiate them from the British sovereign - this however did not mean that the mint could not strike coins for Great Britain with proposals to produce Imperial copper coinage at the Sydney branch as early as 1865 and Imperial gold half sovereigns and sovereigns produced from 1871. The Sydney mint thus opened in 1855 in the rear of the Rum Hospital, situated on Macquarie Street in the Sydney CBD. 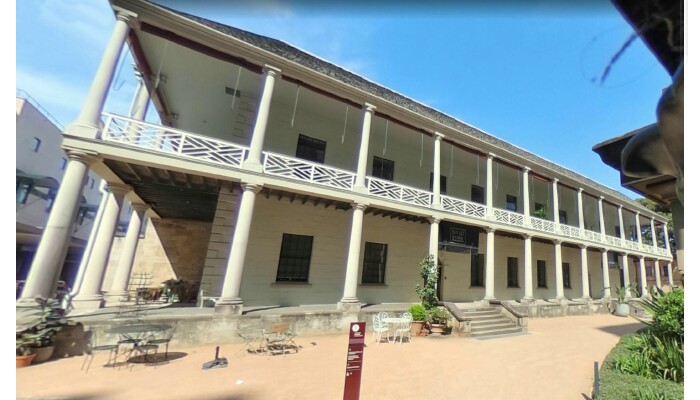 3.259 Million half sovereigns were struck in Sydney from May 1855 to 1869 and while this already yields a low average mintage of under 300,000 per year, their scarcity is further augmented through extremely low survival rates. Approximately 60 examples dated 1855 survival from the 21,000 mintage, a rate of about 1 in 350 - this design was limited to 1855-56 so the different design encouraged hoarding; indeed later years (1857-66) have survival rates of about 1 in 550. This leaves most years with survival rates from the mint hundreds to low thousands making them very scarce and highly collectible. The low survival rate is in part due in part to their role as a medium of exchange but also due to having a gold-silver alloy which meant that their intrinsic value was one penny per sovereign in excess of the Imperial sovereign, and thus were often sent to Great Britain to be melted.

Mintage figures were poorly kept by the Royal Mint Sydney for this period, for example, as can be seen from figure , mintages were not reported for the years 1862, 1864 and 1866 while half sovereigns bearing these days were certainly struck, it is most likely that the counts for subsequent years included the missing figures with the 1866 dated pieces having been struck in 1867 and 1869.

Two distinct obverses were used for this type, the first being the Filleted Bust, or Type I Sydney Mint which features the bust of Queen Victoria with her hair tied into a filleted bun. The Type II or Wreathed Bust features the bust of Queen Victoria with her hair tied up with an oak wreath. The first type was struck from 1855 to 1856 while the second type from 1857 to 1869 though as mentioned above no pieces are dated after 1866. The Type II was also struck in 1855 and 1856 as patterns and a small number of 1855 dated Type II pieces were struck for circulation though these are extremely rare. Both obverses feature the legend: VICTORIA D. G. BRITANNIAR: REGINA F:D, Latin for Victoria, by the grade of God, Britain: Queen, Defender of the Faith.